Script by:Neal Bell (Screenplay), Neal Bell (Theatre Play), Beth B (Writer)
Directed by:Beth B
Year:1993
IMDb:tt0108420
Plot:Eileen Maloney, a hostess at a strip joint, has woken up to find her two children are missing. Lieutenant Bramm suspects that she killed them herself. He questions her for days about her lifestyle, her children, her ex-husband, men and women, and life in general. He forces her to re-enact her last moments in the children's room hoping to shock her into giving more information. The lieutenant's infatuation is not merely professional, however, and soon they are reversing roles.
Follow one of the following links for Two Small Bodies Scripts:

Script by:Burt Young (Writer)
Directed by:Joseph C. Hanwright
Year:1978
IMDb:tt0078442
Plot:A trumpet player, self-destructive after the death of his wife and child in a fire, befriends a crippled youngster and together they battle obstacles through each other's encouragement.
Follow one of the following links for Uncle Joe Shannon Scripts:

Script by:Janice Lee Graham (Writer)
Directed by:Richard Marquand
Year:1984
IMDb:tt0088330
Plot:American tour guide Mo Alexander misses her tour group, and then her flight out of Paris. Stuck in the city of romance, Mo runs into the very suave -- and very married -- Xavier, who attempts to seduce Mo while his family is out of town. His charms prove hard to resist, and Mo succumbs, though her conscience weighs heavy. Soon their bickering romance of convenience takes a serious turn, and, in spite of himself, Xavier finds he's falling in love.
Follow one of the following links for Until September Scripts:

Script by:Paul Zindel (Screenplay), Anne Richardson Roiphe (Novel)
Directed by:Irvin Kershner
Year:1972
IMDb:tt0069449
Plot:A young wife and mother, bored with day-to-day life in New York City and neglected by her husband, slips into increasingly outrageous fantasies: her mother breaking into the apartment, an explorer's demonstration of tribal fertility music at a party causing strange transformations, and joining terrorists to plant explosives in the Statue of Liberty.
Follow one of the following links for Up the Sandbox Scripts:

Directed by:Jeff Kanew
Year:1991
IMDb:tt0103184
Plot:Victoria "V.I" Warshawski is a Chicago based private detective who agrees to babysit for her new boyfriend; then he is murdered. Being the detective type, she makes the murder her next case. In doing so she befriends the victim's daughter, Kat, and together they set out to crack the case.
Follow one of the following links for V.I. Warshawski Scripts:

Directed by:Terence Young
Year:1972
IMDb:tt0068341
Plot:When Joe Valachi (Charles Bronson) has a price put on his head by Don Vito Genovese (Lino Ventura), he must take desperate steps to protect himself while in prison. An unsuccessful attempt to slit his throat puts him over the edge to break the sacred code of silence.
Follow one of the following links for The Valachi Papers Scripts: 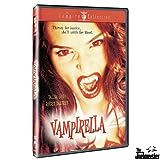 Script by:Philip Dunne (Writer)
Directed by:Philip Dunne
Year:1955
IMDb:tt0048788
Plot:Anson Page, a lawyer with Southern roots leaves New York, his wife and his kids for Georgia. His assignment is to investigate the case of Garvin Wales, a famous writer, now nearly blind and embittered, whose royalties have apparently never reached him. Back in his native South, Page finds himself immediately exposed to what he had fled : racial and class prejudices. But he also meets his former love, Dinah, now married to go-getter uncouth businessman Mickey Higgins. Will he find out whatever happened to 2,000 dollars in rights Wales did not cash? Will Dinah and Anson renew their love story?
Follow one of the following links for The View from Pompey's Head Scripts: