Script by:Akiva Goldsman (Screenplay), Dan Brown (Novel), David Koepp (Screenplay)
Directed by:Ron Howard
Year:2009
IMDb:tt0808151
Plot:Harvard symbologist Robert Langdon is recruited by the Vatican to investigate the apparent return of the Illuminati - a secret, underground organization - after four cardinals are kidnapped on the night of the papal conclave.
Follow one of the following links for Angels & Demons Scripts:

Script by:Peter Morgan (Screenplay)
Directed by:Ron Howard
Year:2008
IMDb:tt0870111
Plot:For three years after being forced from office, Nixon remained silent. But in summer 1977, the steely, cunning former commander-in-chief agreed to sit for one all-inclusive interview to confront the questions of his time in office and the Watergate scandal that ended his presidency. Nixon surprised everyone in selecting Frost as his televised confessor, intending to easily outfox the breezy British showman and secure a place in the hearts and minds of Americans. Likewise, Frost's team harboured doubts about their boss's ability to hold his own. But as the cameras rolled, a charged battle of wits resulted.
Follow one of the following links for Frost/Nixon Scripts:

Script by:Bob Dolman (Screenplay)
Directed by:Ron Howard
Year:1988
IMDb:tt0096446
Plot:Fearful of a prophecy stating that a girl child will be born to bring about her downfall, the evil Queen Bavmorda imprisons all pregnant women within the formidable stronghold of Nockmaar. A child, Elora Danan, is born in the Nockmaar dungeons and identified as the prophesied child by a birthmark on her arm. However, before the black sorceress arrives to claim the child, Elora's mother convinces her reluctant midwife to escape with the baby. Willow, a timid farmer and aspiring sorcerer, is entrusted with delivering the royal infant from evil.
Follow one of the following links for Willow Scripts: 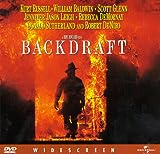 Script by:Gregory Widen (Writer)
Directed by:Ron Howard
Year:1991
IMDb:tt0101393
Plot:Firemen brothers Brian and Stephen McCaffrey battle each other over past slights while trying to stop an arsonist with a diabolical agenda from torching Chicago.
Follow one of the following links for Backdraft Scripts:

Script by:Cliff Hollingsworth (Screenplay)
Directed by:Ron Howard
Year:2005
IMDb:tt0352248
Plot:The true story of boxer, Jim Braddock who, in the 1920’s after his retirement, has a surprise comeback in order to get him and his family out of a socially poor state.
Follow one of the following links for Cinderella Man Scripts: