Script by:Mark Hanna (Writer)
Directed by:Nathan H. Juran
Year:1958
IMDb:tt0051380
Plot:When an abused wife grows to giant size because of an alien encounter and an aborted murder attempt, she goes after her cheating husband with revenge on her mind.
Follow one of the following links for Attack of the 50 Foot Woman Scripts:

Script by:Joseph Dougherty (Writer), Mark Hanna (Writer)
Directed by:Christopher Guest
Year:1993
IMDb:tt0106317
Plot:Nancy Archer has had an alien encounter and it's left her 50 ft. tall! Now she sees the men in her life from a new angle - looking down on them - and it's time to fight back.
Follow one of the following links for Attack of the 50 Ft. Woman Scripts:

Script by:Charles B. Griffith (Writer), Mark Hanna (Writer)
Directed by:Roger Corman
Year:1957
IMDb:tt0050778
Plot:An agent from a distant planet has been sent to earth to ship large quantities of blood to his world, where a plague is ravaging the populace. He comes equipped with an interstellar matter transmitter, telepathic mind-control powers, and deathray-shooting eyes. Because he is also affected by the blood disease, he gains control of the town's physician and has him place a nurse at his disposal, while he collects live humans for fresh blood; but gains the nurse's suspicions, along with those of her boyfriend - a town police officer.
Follow one of the following links for Not Of This Earth Scripts: 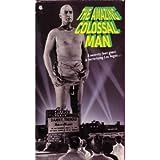 Script by:Charles B. Griffith (Screenplay), Mark Hanna (Screenplay)
Directed by:Roger Corman
Year:1956
IMDb:tt0049287
Plot:After her husband is gunned down, Rose Hood takes his place as sheriff of a small Western town.
Follow one of the following links for The Gunslinger Scripts: